We all know the story of Facebook. If we haven’t read about it online, we’ve watched the movie or at least read one of the many books on the subject. Zuckerberg, the twins, a Harvard dorm room, we know it all!

But what about Twitter? It’s the eighth most visited site in America, according to Alexa today. Those 140 character posts have become a part of our daily lives, but how did it begin? Our goal is to inform you on the history of Twitter—the website that has crept into our computers, phones, language and lives.

Twitter’s history began on March 21,2006—the first tweet was sent. Jack Dorsey (@jack) typed out the tweet heard round the world: “just setting up my twttr.”

Jack Dorsey (@jack), Evan Williams (@ev) and Biz Stone (@biz) were the masterminds behind Twitter, with help from Odeo co-founder Noah Glass. The name started as simply ‘twittr,’ but graduated to ‘twitter.’ The dictionary definition of Twitter is “a short burst of inconsequential information.” There’s no better way to define Twitter than that short sentence. 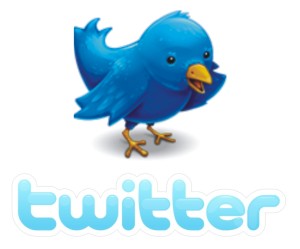 In the five years since then, Twitter has moved up in ranks on the web. If you read through the statistics, you’ll find a trend not unlike the rise of Facebook or Myspace: Twitter is growing, and it doesn’t show any signs of stopping anytime soon. Who knows? Maybe it will run its course and die out like Myspace. Maybe it will grow even more and reach Facebook proportions. The life of a social media website is always unpredictable—but while it’s here and popular, enjoy it! Use it for business, or tweet about your cereal—that’s what it’s here for.